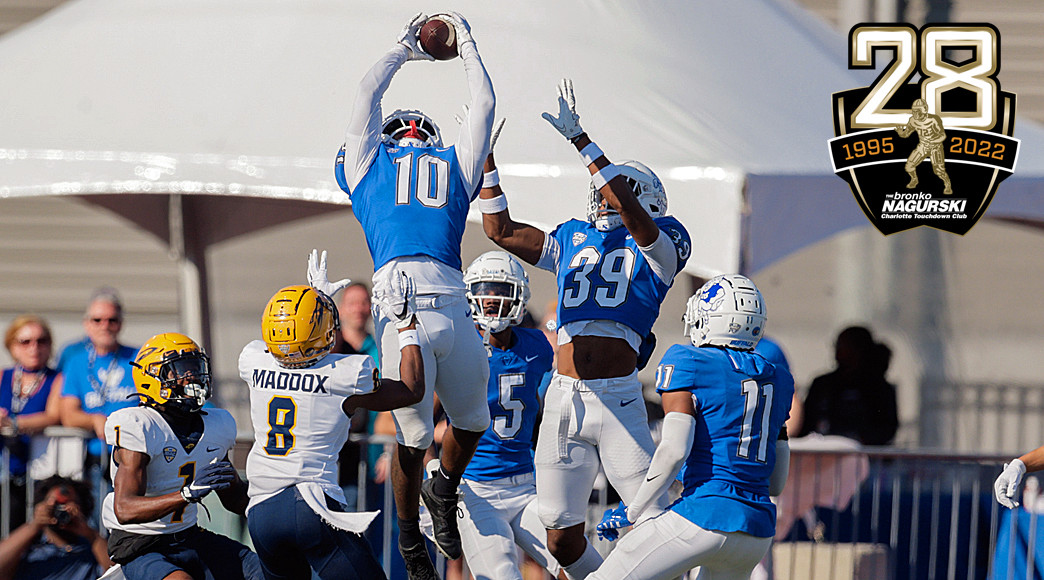 DALLAS (FWAA) – Buffalo safety Marcus Fuqua tied an FBS-era program record with three interceptions against Toledo on Saturday, leading a rally from a 17-point fourth quarter deficit from the defensive side in the Bulls’ 34-27 win between the Mid-American Conference division leaders. For the key interceptions that helped extend Buffalo’s win streak to five games, Fuqua earned the Bronko Nagurski National Defensive Player of the Week honor for games during the weekend of Oct. 22, as selected by the Football Writers Association of America.

The 6-0, 195-pound junior from Southfield, Mich., made his first interception at the end of the second quarter that set the table. Fuqua had two picks in the fourth quarter that led to Buffalo points, the second of which set up the Bulls’ go-ahead touchdown as part of a 24-point fourth quarter. His third interception led to a field goal with 47 seconds left that extended the lead to seven and helped ice the game for the Bulls (5-3, 4-0). He also added four tackles.

This is the first time for a Buffalo player to earn the weekly Bronko Nagurski award. The MAC has now had two of the last three weekly winners (Toledo’s Quinyon Mitchell from Oct. 11); its previous winner came in the 2018 season. The last time the MAC had two winners in the same season was 2003.

Fuqua has six of Buffalo’s 17 takeaways in its eight games. His five interceptions are tied for the national lead, and he is Buffalo’s fourth-leading tackler with 35 on the season with five pass breakups and a fumble recovery. The takeaways have keyed Buffalo’s turnaround, as the Bulls have forced at least four turnovers against three of their last six opponents including six against Toledo, paced by Fuqua’s picks. Buffalo had only 12 takeaways in the 2021 season.

Fuqua has started all eight games in 2022 after appearing in 11 games with seven starts in 2021. He now has six career interceptions.

Buffalo, winners of five straight after an 0-3 start, is idle this Saturday. The Bulls are 4-0 in MAC play for the third time in the last five seasons and sit atop the East Division. They play at Ohio, second in the MAC East, on Tuesday., Nov. 1, with a 7:30 p.m. ET kickoff on ESPN2.