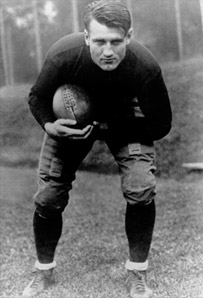 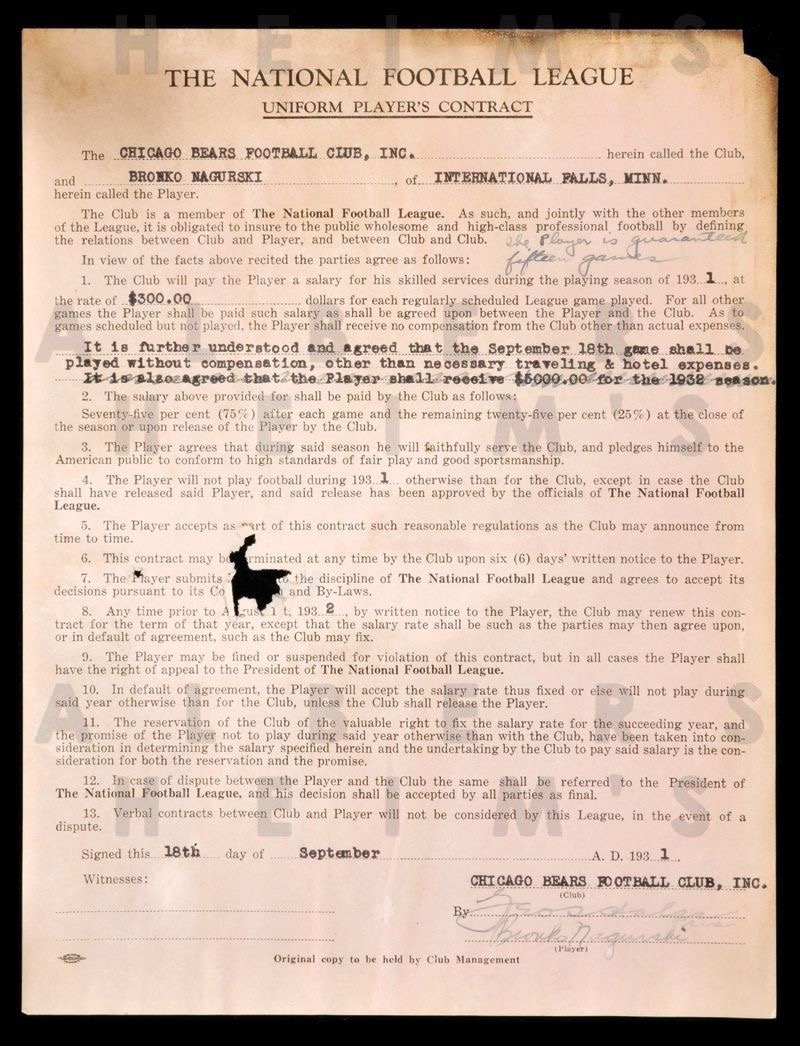 Created in 1993 by the Football Writers Association of America, the Bronko Nagurski Trophy is awarded to the best defensive player in college football and is presented by the Charlotte Touchdown Club. The award was established to complement the Heisman Trophy Award, which at the time had never been presented to a defensive player.

The Bronko Nagurski Trophy Awards Banquet not only recognizes the best college defensive player, but also helps to raise money to recognize the recipients of our regional high school and college scholarships. All proceeds benefit the Charlotte Touchdown Club Scholarship Fund.

WHO IS BRONKO NAGURSKI?

A tackle, and a fullback, a defensive end and offensive lineman, linebacker and a passer, Bronislau “Bronko” Nagurski’s talents were legendary. He was a consensus All-American defensive tackle in 1929, and also made All-America teams that year as a fullback, the only man ever picked at two positions. Ballots were found with the 11 (one-platoon) positions listed and only 10 names, Nagurski in two of the spots.

Born in Canada, Nagurski grew up in International Falls, Minnesota, barely across the border. Legend says a Minnesota coach, Clarence “Doc” Spears, discovered him when he stopped by a farm field to ask directions from a young man plowing a field, without a horse. A combination Yogi Berra / Paul Bunyan, there were many such legends about this man who was massive for his day: 6-2, 235, size 19 neck, size 19 and a half ring finger.

Nagurski played at the University of Minnesota from 1927-1929. He then joined the NFL with the Chicago Bears. He was a charter member of the National Football Foundation Hall of Fame (college) and the NFL Hall of Fame, and in college football’s centennial year, 1969, he was elected to the Football Writers Association of America’s all-time team. In 1995, the FWAA named their College Football Defensive Player of the Year award in his honor. Nagurski died at the age of 81 in January of 1990.

It was in 1928, a rivalry game between Minnesota and Wisconsin that Bronko Nagurski remembered as “the greatest day I had in college football.” Wisconsin needed just a tie to win the Big Ten championship. Nagurski entered the game wearing a steel corset to protect a vertebra cracked four weeks earlier. Tackle Nagurski recovered a Wisconsin fumble at the Badgers 17, and fullback Nagurski carried six straight times to bang home the touchdown. Then he caught a Wisconsin receiver from behind to protect the lead. Late in the game, he intercepted a desperation pass.