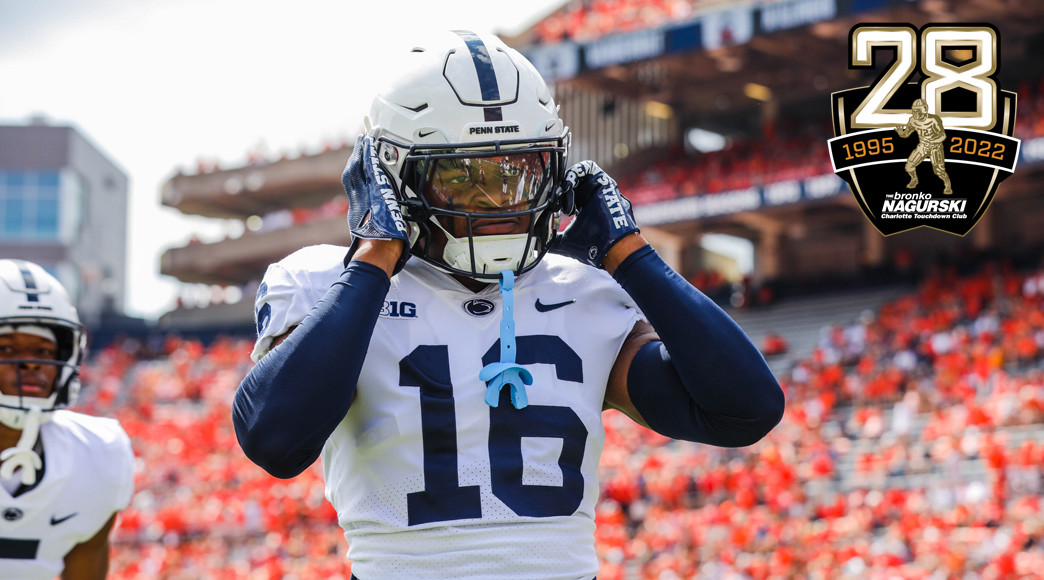 DALLAS (FWAA) – Setting the tone in one of the top team defensive efforts last weekend was Penn State safety Ji’Ayir Brown, who had five tackles, a strip-sack and an interception as the Nittany Lions went into Auburn and left with a 41-12 win. For recording his first career sack, picking off his first pass of the season and leading the first Big Ten school to a home-and-home sweep of a Southeastern Conference school since 2012, Brown earned the Bronko Nagurski National Defensive Player of the Week honor for games of the weekend of Sept. 17, as selected by the Football Writers Association of America.

Brown, a 5-11, 202-pound senior from Trenton, N.J., tied for the national lead with six interceptions last season and got his first of this season at Auburn, hauling in a pick deep in Penn State territory and returning it 27 yards in the third quarter. His strip-sack in the third quarter was his second career forced fumble as Penn State (3-0) recorded 11 tackles for loss and six sacks on the afternoon.

A third-team All-Big Ten selection last season, Brown was named one of the Nittany Lions’ team captains and is currently the team’s leading tackler with a 15.0 total with 13.0 solos. He is one of two defenders with an interception in his three starts. He had two interceptions in last season’s Outback Bowl against Arkansas, tying a Penn State bowl record.

Brown has had a hand in 10 career takeaways at Penn State with seven interceptions, two fumble recoveries and the forced fumble at Auburn. He will be added to the Bronko Nagurski watch list toward determining the 2022 finalists for the National Defensive Player of the Year award to be announced Nov. 26.