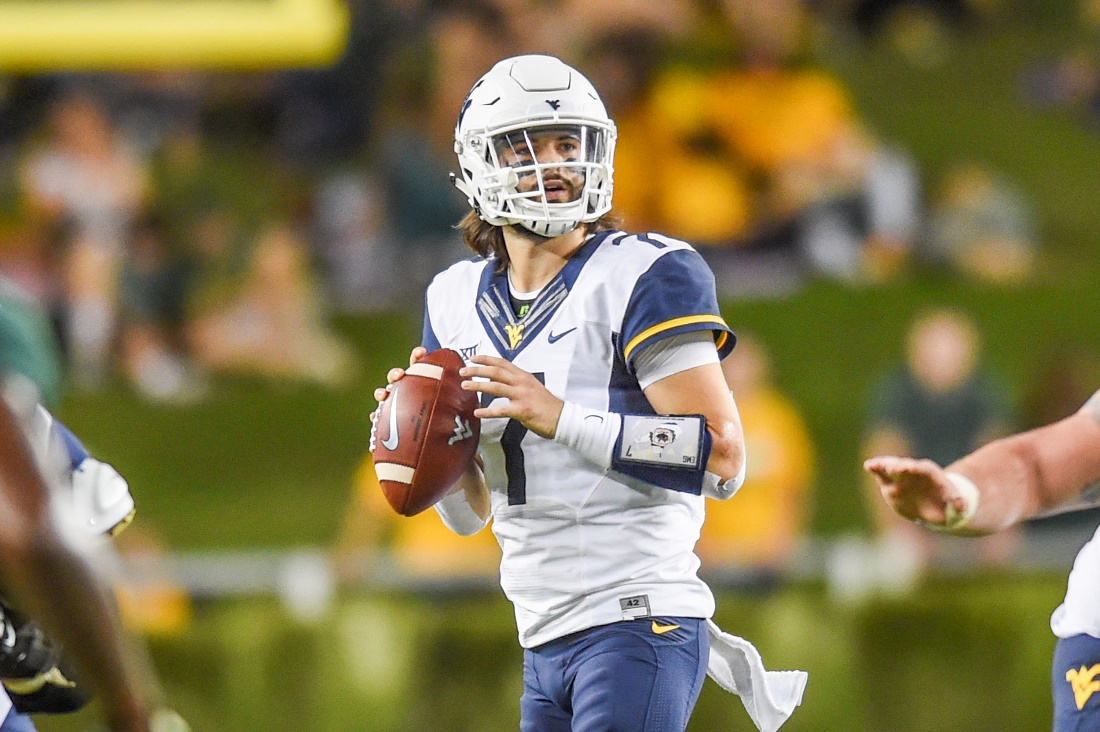 CHARLOTTE, N.C. – (March 27, 2018) – West Virginia University senior quarterback and Davidson, North Carolina, native Will Grier will introduce Mountaineer head coach Dana Holgorsen as the kickoff speaker for the 2018 Luncheon Speaker Series at the Sheraton Charlotte Hotel at noon on May 25 as announced today by the CharlotteTouchdown Club.

“Coach Holgorsen is well respected for being one of the top head coaches in the nation and also for his offensive coaching ability,” Grier said. “It’s exciting to return to my home area in May and introduce my head coach to the Charlotte Touchdown Club. I enjoy playing at West Virginia and for him and I’m sure everyone will enjoy hearing him speak.”

Holgorsen, who passed the 50-win mark during the 2017 season, has led the Mountaineer football program since 2011 its last year as a Big East Conference member, and now into the seventh year of Big 12 Conference membership.

He is currently No. 4 on the school’s all-time win list, and he has led the Mountaineers to bowl games in six of the past seven years, including four straight. West Virginia has been ranked in both major polls at least one time in six of his seven years.

He has had numerous players earn all-conference, All-America honors and be drafted by the NFL, including four first round picks in the past six years at WVU. Since 2012, he has had the most top three round draft picks in the Big 12 (10) and has had the third-most players drafted in the league (19).

Grier, the 2017 Big 12 Conference Newcomer of the Year, returns for his senior season at WVU as one of the top players in the nation. He is the nation’s top returning passer among Power 5 schools in passing yards per game (317.3) and is second in total offense (328.4), passing touchdowns (34), points responsible for per game (20.0), yards per pass attempt (8.99) and pass efficiency rating (162.7).

Grier completed his junior season at West Virginia in 2017 and had one of the most prolific offensive seasons in school history. He completed 250-of-388 passes for 3,490 yards and 34 touchdowns before sustaining a season-ending hand injury midway through the first quarter of game 11 against Texas. Despite the early end to his year, he etched his name in the WVU record books, finishing second in passing touchdowns, fourth in passing yards and fifth in completions.

Grier was named the 2013 National Player of the Year by Parade Magazine and the Maxwell Football Club, was named Mr. Football USA and honored as an All-American First Team by many organizations, after passing for 4,989 yards and a nation-best 77 touchdowns as a senior at Davidson Day School, playing for his dad, Chad. He set the national record for single-game passing yardage as a junior in 2012 with an 837-yard, 10 touchdown performance against Harrells Christian in the state playoffs.