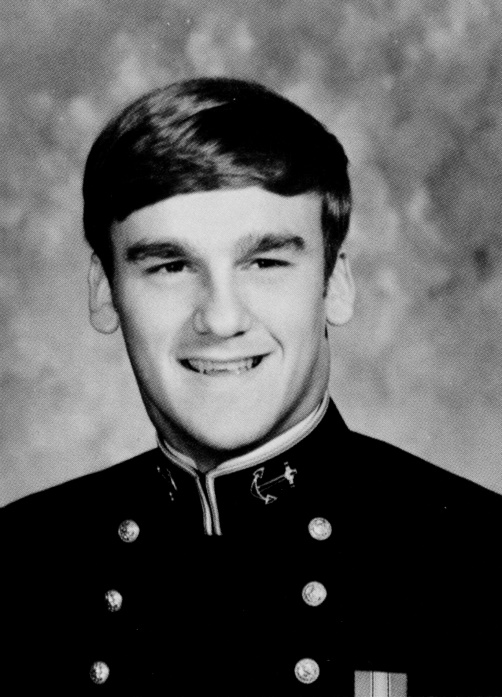 The award will be presented formally during the annual Bronko Nagurski Trophy Awards Banquet presented by ACN on December 5th.

“Being recognized with the 2016 Bronko Nagurski Legends Award conjures up memories which will live with me forever. I’m thankful for the coaches who shaped me and the teammates who encouraged me and I’m overwhelmed to be considered in the same class of the past winners such as Bubba Smith, Randy Gradishar, Randy Rhino and others,” commented Moeller.

“Congratulations to Chet Moeller on being named the 2016 Bronko Nagurski Legends Award recipient,” said James R. Hertwig, CEO of Florida East Coast Railway. “Chet’s performance on the field, in the classroom and in his service to our country in the United States Marine Corp was exceptional and this honor is well deserved. Florida East Coast Railway takes great pride in our support of the Charlotte Touchdown Club and its mission to promote Citizenship, Scholarship, Sportsmanship and Leadership.”

A two-time All-East selection, Moeller was only the sixth Midshipmen to be selected as a unanimous All-American. He served as co-captain his senior year and registered 275 tackles during his career. He recorded a school record 25 tackles for a loss as a junior.

Moeller was also awarded the Navy Academy Athletic Association Sword, which is presented to the midshipman of the graduating class declared by the Association’s Athletic Committee to have personally excelled in athletics during his years of varsity competition. Moeller was a star in the classroom as well, earning Second Team Academic All-American honors as a senior.

Following his career at Navy, Moeller served as an officer in the United States Marine Corp and has served as a board member for the Fellowship of Christian Athletes.

About ACN, Inc.
Founded in 1993, ACN is the world’s largest direct seller of telecommunications and essential services for residential and business customers. ACN provides the services people need and use every day including home phone service, high-speed internet, wireless, television, home security and automation, computer support, and natural gas and electricity. ACN operates in 24 countries with offices located throughout North America, Europe, Asia and the Pacific. For more information, visit myacn.com. For information on ACN’s home-based business opportunity, visit acninc.com.

About Florida East Coast Railway
FECR is a regional freight railroad that extends along a 351-mile corridor between Jacksonville, Fla., and Miami, Fla., with exclusive rail access to the Port of Palm Beach, Port Everglades (Ft. Lauderdale) and the Port of Miami. For more information, visit fecrwy.com.

About Electrolux
Electrolux is a global leader in appliances for household and professional use, selling more than 50 million products to customers in more than 150 countries every year. The company focuses on innovations that are thoughtfully designed, based on extensive consumer insight, to meet the real needs of consumers and professionals. Electrolux products include refrigerators, dishwashers, washing machines, vacuum cleaners, cookers and air-conditioners sold under esteemed brands such as Electrolux, Frigidaire, Kelvinator, AEG, and Eureka. In 2012, Electrolux had sales of $17 billion ($5.1 billion in North America) and 58,000 employees. The Electrolux North American headquarters is located at 10200 David Taylor Drive, Charlotte, NC 28262 in the University Research Park. For more information visit http://newsroom.electrolux.com/us/

The Bronko Nagurski Trophy is a member of the National College Football Awards Association (NCFAA), which was founded in 1997 as a coalition of the major collegiate football awards to protect, preserve and enhance the integrity, influence and prestige of the game’s predominant awards. The NCFAA encourages professionalism and the highest standards for the administration of its member awards and the selection of their candidates and recipients. For more information, visit the association’s official website, www.NCFAA.org

The Charlotte Touchdown Club was founded in 1991 for the purpose of promoting high school, collegiate and professional football in the Charlotte, N.C., region. The club’s activities and services focus community attention on the outstanding Citizenship, Scholarship, Sportsmanship and Leadership of area athletes and coaches.

The Bronko Nagurski Trophy is presented annually by the Charlotte Touchdown Club and the Football Writers Association of America to the nation’s most outstanding NCAA defensive football player at the Bronko Nagurski Awards Banquet in Charlotte, N.C. All proceeds benefit the Charlotte Touchdown Club Scholarship Fund. FOR MORE INFORMATION CALL 704-347-2918 or www.touchdownclub.com.