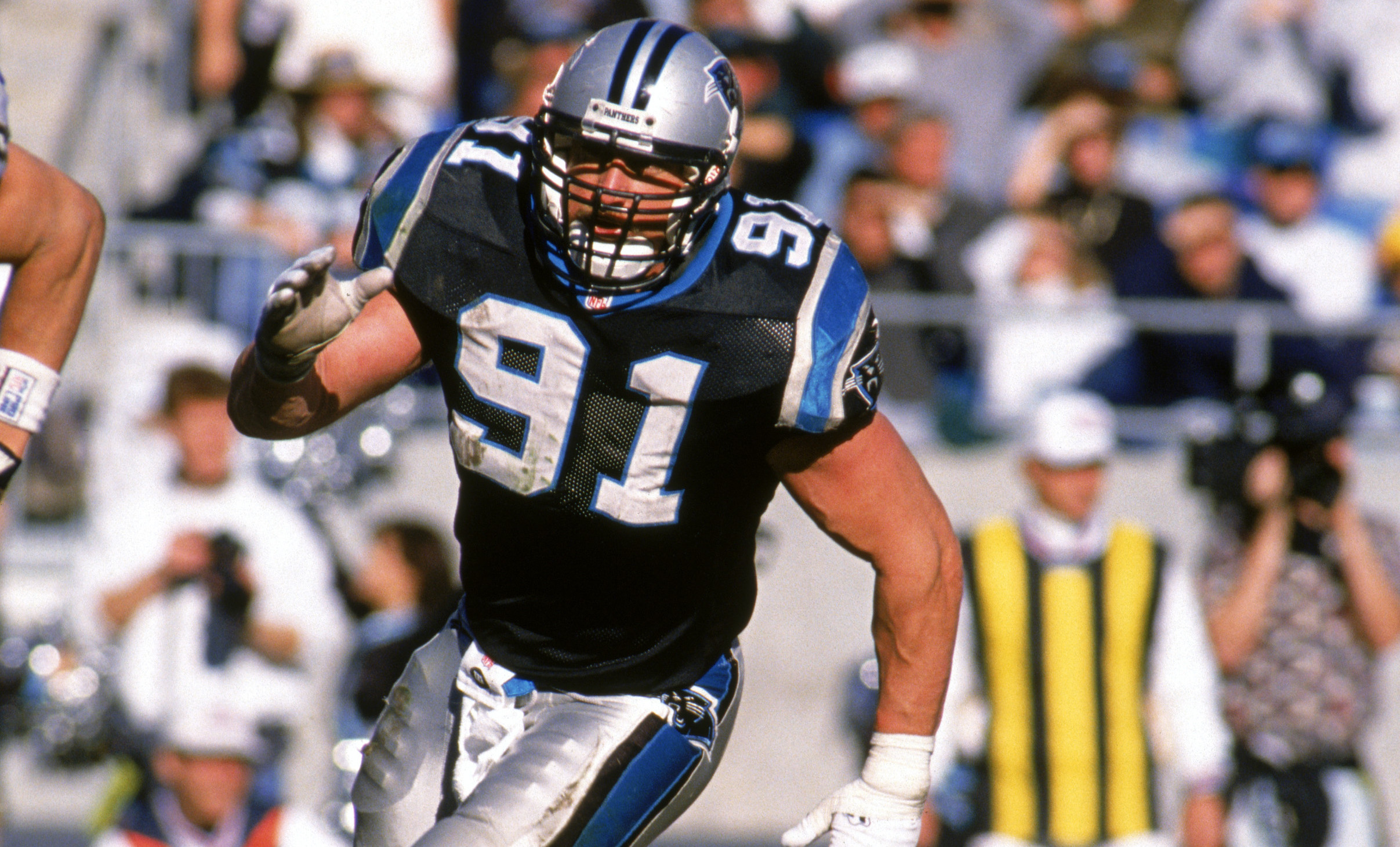 Charlotte, N.C. – The Charlotte Touchdown Club is thrilled to announce former Carolina Panthers Linebacker and 2016 Pro Football Hall-of-Fame Inductee, KEVIN GREENE, as one of this year’s luncheon guest speakers.  The Speaker Series Luncheon will be hosted Friday, July 29th, just one week prior to his official induction in to the Pro Football Hall-of-Fame.  The luncheon will be hosted at a venue to be determined and an estimated sell-out crowd of more than 750 people is anticipated.  The event will be hosted from 12:00pm to 1:30pm.  (Silent Auction from 11:15am to 11:45am)  PROCEEDS BENEFIT THE TOUCHDOWN CLUB SCHOLARSHIP FUND!

“I loved getting a sack. First it was a feeling of relief. I know that is what that organization really wanted me to do. They wanted me to rush the passer, defend against the run because you can’t be soft against the run…But what they really wanted me to do was crush quarterbacks. When I was really able to do that it was a feeling of relief. My teammates depended on me to do that. I contributed. I didn’t want to let my teammates down…It was just me making a contribution and not letting my brothers down.”

Kevin Greene, a fifth-round draft pick of the Los Angeles Rams in the 1985 NFL Draft, quickly developed into one of the most punishing pass rushers in league history. A walk-on at Auburn he was drafted into the NFL as a linebacker and played at that position for the majority of his 15-season career with the Rams, Pittsburgh Steelers, Carolina Panthers, and San Francisco 49ers. He also saw some action at defensive end mostly during his tenure with the Rams.

He played primarily on special teams as a rookie and that year marked the only one of his career in which he did not register a sack (although he did have a sack in the playoffs). Although he did not have any starts in his second season he played in all 16 games and managed seven sacks. He added 6.5 sacks in 1987. By his fourth season he had turned into a bona fide pass rusher for the Rams as he registered a career-high 16.5 sacks. Included in that total were his career-best 4.5 sacks in a 38-16 win over the San Francisco 49ers in the season finale that clinched a playoff spot for the Rams. The following year Greene matched his total from ’88 when he again turned in 16.5 sacks. In all, Greene had double-digit sack totals ten times, a mark that put him second in the record book at the time. The only time he missed recording 10 sacks in any of his last eight seasons was when he had a team-leading nine sacks for the Steelers in 1995.

He was named to the Pro Bowl five times (once with the Rams, and twice with the Steelers and Panthers). Greene was selected first-team All-Pro in 1989 with the Rams, in 1994 with Pittsburgh and with Carolina in 1996. He captured the league sack title twice, the first time in 1994 and again in 1996.

Greene, a member of the NFL’s All-Decade Team of the 1990s, played in six conference championship games and one Super Bowl. He led his team in sacks 11 times during his career and amassed 160 total sacks which ranked him third all-time following his retirement after the 1999 season. He also had three safeties, 26 opponent fumble recoveries, and five interceptions.