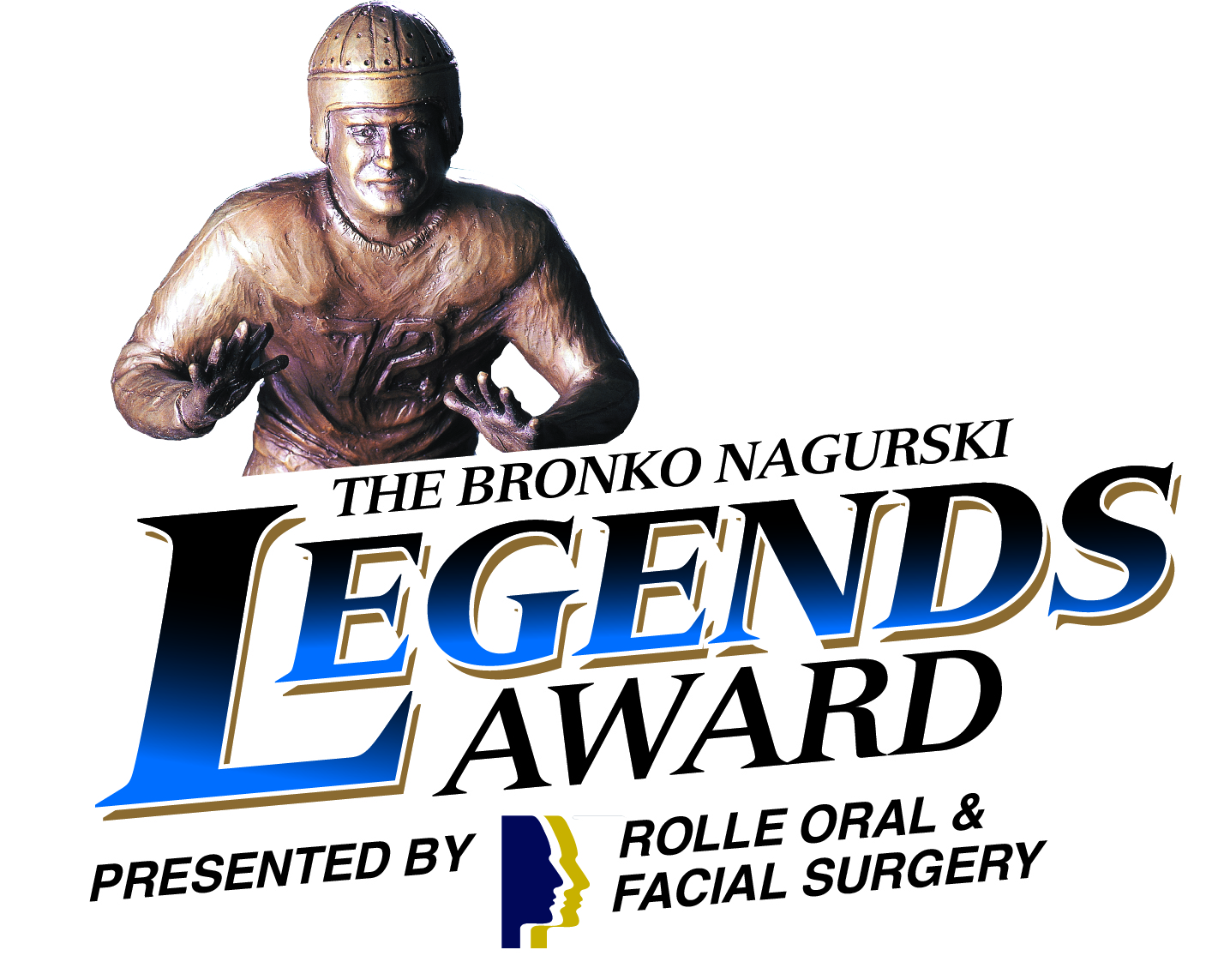 Charlotte, N.C. (August 28, 2018) – The Charlotte Touchdown Club is excited to announce a new partnership with Rolle Oral & Facial Surgery to present the Bronko Nagurski Legends Award.  In conjunction with the Football Writers Association of America, the Charlotte Touchdown Club presents the award each December at the annual Bronko Nagurski Awards Banquet to an outstanding collegiate defensive football player from the past 40 years.

“On behalf of the Football Writers Association of America, the Charlotte Touchdown Club is delighted to announce Rolle Oral & Facial Surgery as the new Presenting Sponsor of the Bronko Nagurski Legends Award,” said John Rocco Executive Director of the Charlotte Touchdown Club.  “Dr. Richard Rolle Jr.’s enthusiasm and passion for the great game of college football will prove to be the perfect partnership honoring legends of the game.”

“Having the privilege to play at the University of Notre Dame under legendary coach Lou Holtz, I’m honored, elated and count this as a true blessing to be the Bronko Nagurski Legends Award Presenting Sponsor,” said Dr. Richard R. Rolle, Jr.  “I take great pride in this tremendous opportunity now and for years to come.”

This year’s Bronko Nagurski Awards Banquet presented by ACN will be held Monday, December 3rd at the Charlotte Convention Center.  University of Michigan head coach, Jim Harbaugh, is slated as the keynote speaker.

The Charlotte Touchdown Club is a 501(c)3 non-profit organization founded in 1990 for the purpose of promoting high school, collegiate, and professional football in the Charlotte, North Carolina region.  Since its inception, the club has grown as well as diversified boasting a sponsor team of more than (80) companies.  The Club’s activities and services focus community attention on the outstanding Citizenship, Scholarship, Sportsmanship, and Leadership of area athletes and coaches.  Through individual and corporate support, more than $2,000,000 has been raised to benefit the Touchdown Club’s scholarship efforts.  For more information, contact John Rocco (704-347-2918 or jrocco@touchdownclub.com). The official website of the Charlotte Touchdown Club is www.touchdownclub.com.

Founded in 1941, the Football Writers Association of America consists of the men and women across North America who cover college football for a living.  The membership includes journalists, broadcasters and publicists, as well as key executives in all the areas that involve the game. The FWAA works to govern areas that include game day operations, major awards and an All-America team.  Through its website, the FWAA works to improve communication among all those who work within the game. The FWAA also sponsors scholarships for aspiring writers and an annual writing contest.  Behind the leadership of President Stefanie Loh and Executive Director Steve Richardson and a board of veteran journalists, the FWAA continues grow and work to help college football prosper at all levels. There are now over 1,000 members.